A Journey of Discovery at the Chord Co 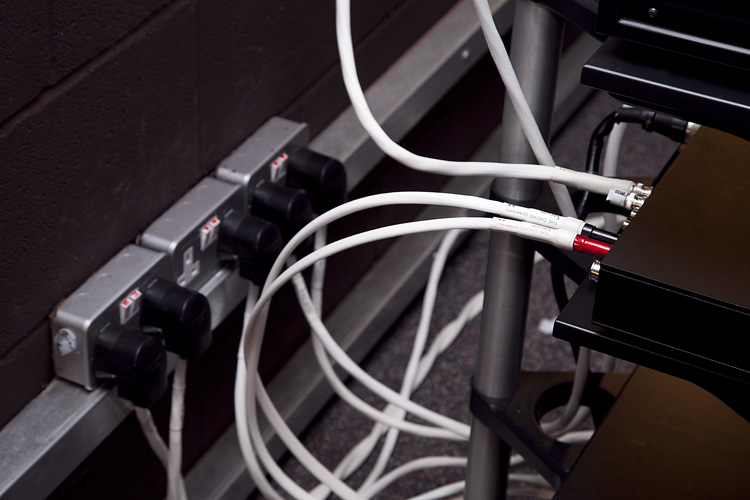 James and I finally got ourselves down to Amesbury to visit the folk at Chord Co to find out how they make their cables and hear more about the breakthrough technology they call Tuned Aray (TA). Nigel ‘The Cable Doctor’ Finn made a very good case for TA with his dem at the Bristol show but hearing it on a Naim system in the controlled environment of the Chord Co dem room was another experience altogether. First however we met the people who work for the company who seem a lovely bunch, slaving over a hot iron all day can’t be all easy but the atmosphere was by no means intense, you get the impression that it’s a good place to work. We also had a go at cable building ourselves; twisting, preparing and terminating a run of the new Epic Reference speaker cable using the facilities reserved for dealer training. Before you knew it they'd put James to work, rolling up his sleeves to solder on some banana plugs with one of their meaty, plier like irons ('I love the smell of flux in the morning ' said James) This new cable is a halfway house between the existing Epic cable and the Signature model and has the same clamped twin-core construction. 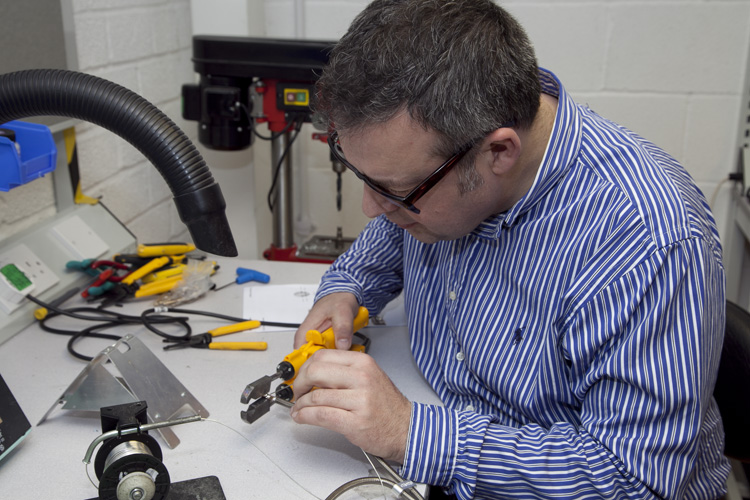 The real fun of the day was sitting and listening to a Naim DAC with XPS, NAC 202 and NAP 200 with either a Sony SACD player or USB stick for source material, speakers were the Spendor D7s used in Bristol. Tuned Aray is an idea that Nigel came up with last year and originally involved changing the way that the second return conductor in a Sarum digital cable is used. His description was rather vague because the secret of TA appears to be related to geometry rather than materials, it’s a recipe for interconnect design that was arrived at by painstaking empirical trial and error and you can understand why they would prefer to keep it under wraps. The proof as ever lies in the listening and when Nigel replaced standard Sarum DIN to DIN and SNAIC pre to power leads with TA versions it was evident that this is a game changer. The timing went from very good to astonishing. We were playing the track In Shades by Tom Waits, an rambling instrumental with a lot of background music from a bar. Suddenly this made complete musical sense, there was space and time for every sound to be fully expressed, it was as if the degree of transparency had more than doubled. I have rarely heard a system change so much. Chord Co has always been good at delivering a highly musical result with Naim electronics but this is in another league. In every instance the TA allowed the system to deliver significantly greater resolution of low level detail, timbre and space in the context of an exponential increase in musicality. 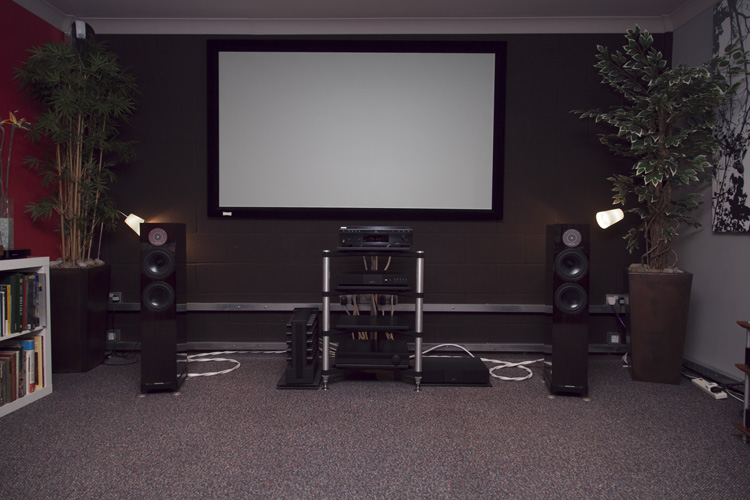 Nigel is of the opinion that TA works because of the way that electronics react to it, and as it’s the same cable in nearly all respects its hard to think what else is going on. I have never heard a Naim system sound as good as it did once the TA cable was inserted and apparently this system can sound even better with a rully run-in DIN to DIN. Turns out Nigel had rashly donated his dem cable to another Naimee in need so we had to use a new one! The second best thing about TA is that it’s relatively inexpensive in comparison with original Sarum. 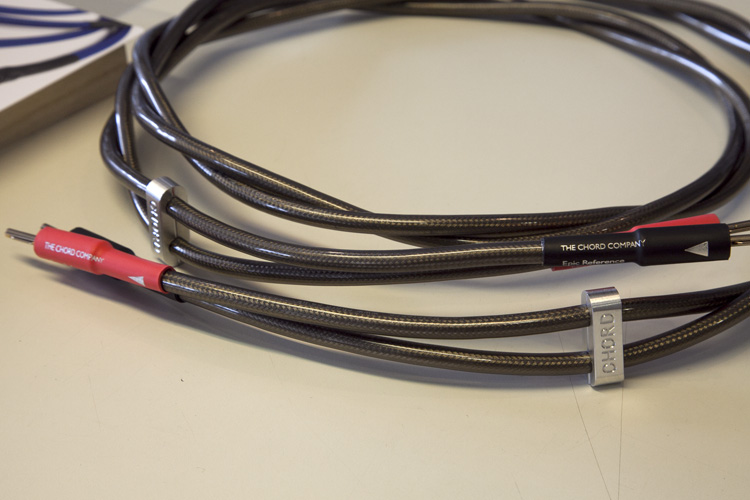 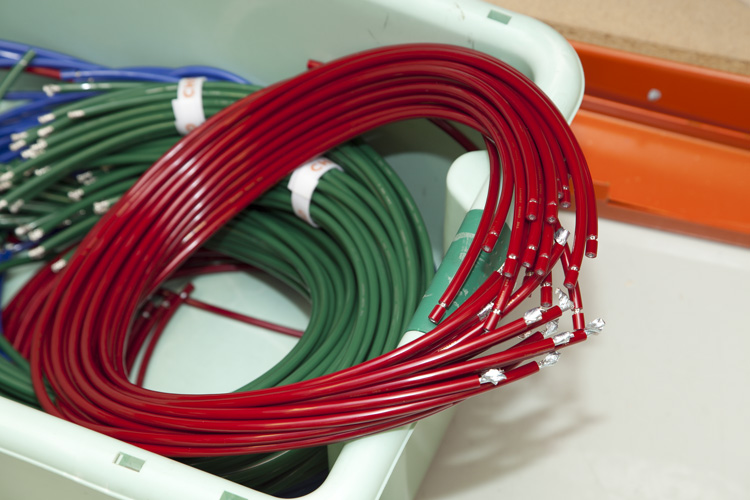 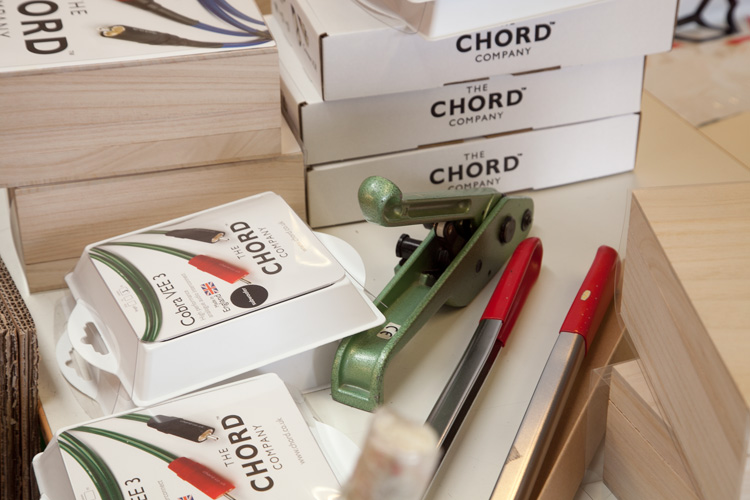 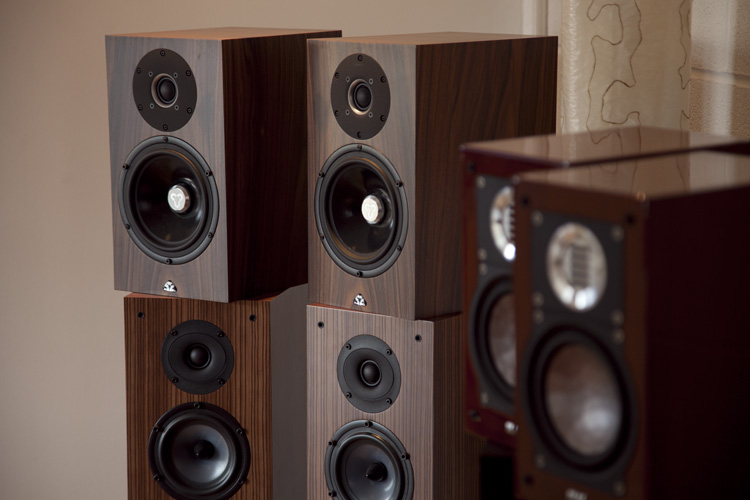 Kudos Super 10, just one of the references Chord Co keeps on hand

This was a truly enjoyable and inspirational day out, and I'd like to add my thanks to everyone at Chord for their warm hospitality, wonderful sandwiches and truly ground breaking work with Sarum Tuned Aray, an unmitigated milestone in cable design.

Having never defected from standard Naim cables sounds like, for once, these might be worth a listen?