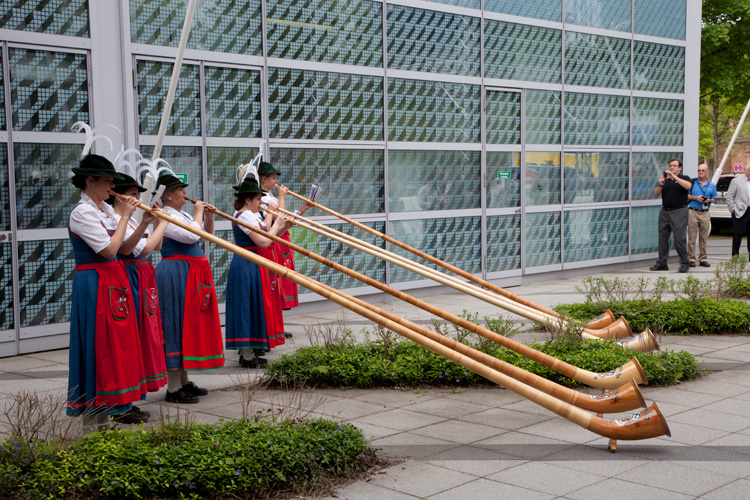 At Europe's biggest and arguably the world's best hi-fi show, High End in Munich, Naim took the opportunity to tell us about forthcoming product and software changes as well as giving an insight into how the business is shaping up in today's changing market. MD Paul Stephenson says that Naim now has 150 plus staff of whom 30 work in R&D and increasing amounts of manpower are having to be devoted to tech support, an inevitable consequence of the company's rapidly expanding foray into streaming. This side now accounts for 30% of business with CD players holding up well at 17% thanks to demand in Asia. Paul quoted a few interesting facts about the download market as well, apparently Apple has 63% of the market and sold its 25 billionth download this month, who's willing to bet that they don't have the music business over a barrel now? 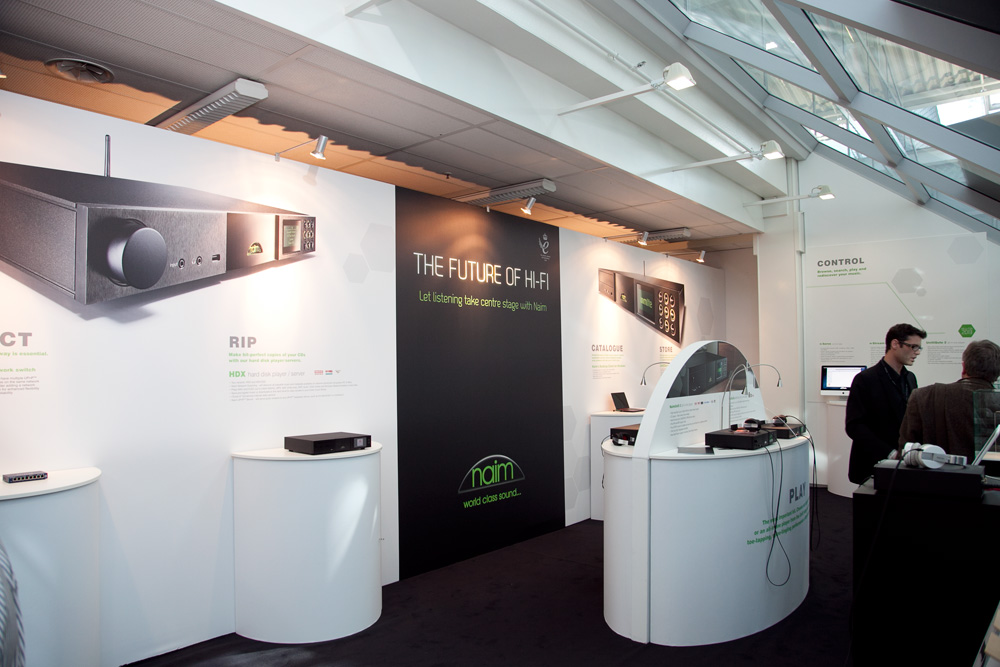 Naim has launched Naim Radio online with a 320kbps stream featuring artists on the Naim Label as well as podcasts on a range of topics, if the twitter feed is to be believed this is up and running now. The Label is also remastering 12 titles in super high definition 192 much like they did with Antonio Forcione's Meet Me in London, the only name mentioned in this regard is bass player Charlie Haden.

Owners of Naim HD streamers will be interested to hear that June will bring software upgrade 1.7, this has some fairly major implications, not least that Naim's rippers (Unitiserve, HDX) will be able to rip to WAV or FLAC as well as MP3 at 320kbps, the latter to make it easier to put albums onto portable devices. The upgrade also ushers in Seek2Time which is new fangled way of saying fast forward/backward and means you can skip to a particular place in a piece of music, quite likely a boon to many. Those with more than one streamer will appreciate the ability to synchronise their outputs with Multiroom Party Mode, especially useful if you have devices in adjoining rooms and want the same music in both. It allows up to five streamers to be run by a master unit that controls content and volume.

Hardware wise the UnitiQute has a new PCB which has had both ground planes and paths improved for higher sound quality, this change makes it UnitiQute 2 but you have to look at the back panel to see any difference on the box. It can now be updated via a USB port and supports DAB+ the European digital radio standard that may be adopted in the UK some day. Not that we have weaned ourselves of FM yet! 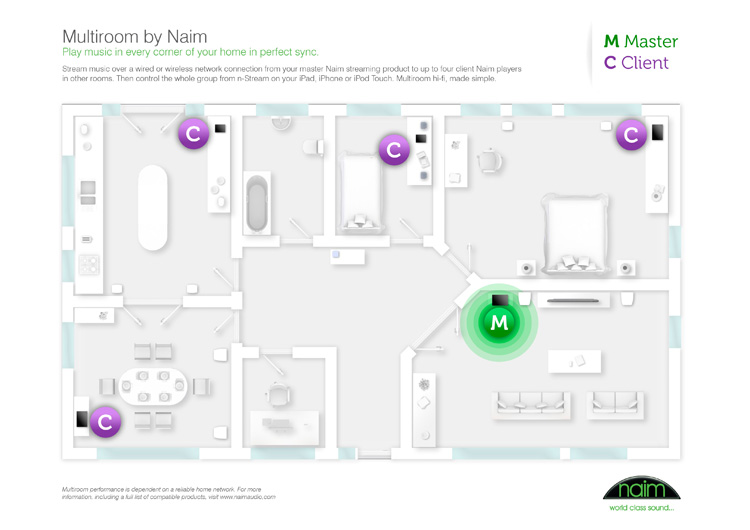 The Naim press event was shared with their French partner Focal whose MD Gerard Chrétien was keen to share news of how the company has been progressing. Apparently 48% of Focal’s business is now in so-called new media, that is headphones, computer speakers etc, and growth in this area was a useful 28% in 2012. As a result the company has brought its focus back to the core business of passive loudspeakers, what Gerard calls the classic market. Phase one of which will be a new Chorus 700 series. This forms the entry level for ‘proper’ speakers and features polyglas mid and bass units allied to the new TNV2 tweeter walnut, rosewood and black finishes. It’s worth noting that these speakers are entirely made in France, a fact that makes the circa £350 starting price seem pretty impressive.

Focal has also updated the most successful model in its Utopia range. Scala Utopia has won itself a vented coil former and stronger bass driver construction, these are said to give it improved low end drive and authority and greater potential replay volume for no increase in price.

Focal realises that ‘new media’ represents the greatest potential for growth however and has produced Easya (below) which is a wireless speaker system usinh Kleer wi-fi technology (a 16-bit/44.1kHz standard system). Easya consists of a pair of speakers with 80 watts of onboard power and a passive crossover that work with a wi-fi transmitter unit which has a USB connection and can receive a Bluetooth aptX stream from a mobile device.

The final product to be unveiled was the Spirit Classic headphone, a more domestically oriented version of the existing Spirit with bigger ear-cups and metal parts in place of plastic as well as an improved baffle that’s said to improve treble, it will be available in October. 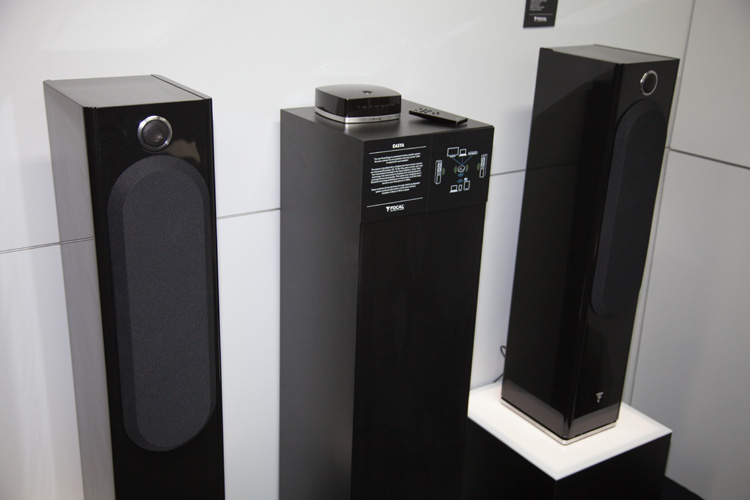