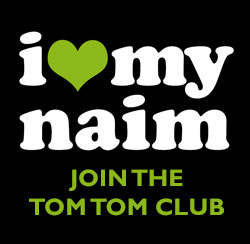 Some time in the summer of '93 I returned home from a short holiday in Yorkshire to find my kitchen window hanging off its hinges... All was obviously not well, and further investigation proved our worst fears; we had been burgled. All that was left of my HiFi was a couple of sorbothane feet and a cut cable or two.

At this time I was using a mixture of Arcam and Exposure kit feeding Linn Keilidhs, which I was broadly happy with. When after a brief period of haggling the insurance claim was agreed, I popped round to my nearest dealer to look for replacements. I had recently relocated to Northampton and halfway down Gold Street was a small independent dealer called Listen Inn - conveniently close to Barclaycard where I was working, so I called in for a lunchtime demo. Unfortunately... No Exposure kit, but the friendly chap suggested I listened to some Naim amps feeding the Keilidhs. We hooked up an Arcam transport, Blackbox DAC, NAC 92, NAP 90. Wow! Music with drive and power like I'd never heard before. Until now I'd reserved the term 'prat' for a few of my least favoured colleagues, but I now understood a new meaning for the term!

This modest, but highly musical system kept me happy until late 2001 which was a rather traumatic year where I separated from my first wife and 18 month old daughter. Being single again with a new house and time on my hands got me thinking about a bit of an upgrade... Nothing dramatic, but the old Olive look did not really fit with my new pad, so I again I visited Listen Inn and traded my amps for a NAC 112 NAP 150 and a CD5 which was my first move to a Naim source. Again a very enjoyable little system.

Time moved on, another new house, a lovely new wife and frequent trips to America with work. On one flight to San Francisco in 2007 I read a artical in a technology mag about a small outfit called Slim Devices who had built an audiophile network streamer called the Transporter. Being a dyed in the wool geek I had to have one of these babies and bought one a few months later thus starting my journey towards streaming. CDs were ripped, boxed up and relegated to the loft.

Whilst I was happy with the Transporter, I began to wonder if a bigger amp would bring the music to life more. Listen Inn had closed down, so I rang around a few dealers and stumbled upon this very helpful man in St Albans who seemed keep to help me find a better amp... So, the plan was simple, buy a NAP 250, no need for a pre as I only had one line level source. Auditions were arranged and I spent a happy afternoon in James' cottage listening to a 282/250 - intriguing, perhaps I should get a Naim pre as well I thought, as the two seemed so well integrated. As there was also a 252/SC2/300 warmed up as well ( cunning plan James! ) I also listened to this... Just to see if there was a difference. Suffice it to say, the budget was revised an I became a happy owner of my first 'big boys' Naim system. Oh, an a couple of cute little Guru QM10s also found themselves a new home. This was September 2008.

In January 2010 upgraditus struck again and the Ovator S600s replaced the QM10s and the Transporter was fed via a Naim DAC. I'd watched the development of the Ovator closely and despite its initial issues felt it did something really special. I was not disappointed!

Well, that just about brings me up to date, but a month or so back at the Festival of Sound I heard the new 555PS DR feeding a prototype NDS - sublime! There must be a proverb about Naim owners being soon parted with their money, so earlier this week the 555PS DR was added to my DAC. It's still settling down, but it's a massive upgrade. I'm listening to Ren Harvieu's album through it as I type this - fantastic album, and with the new PS in place, rendered with unbelievable beauty and depth.

So, that's it... My Naim story is complete, but I have a funny feeling that an NDS may well be on the cards later this year. Dave,  I think we met each other at the last Festival of Sound event? I was with my wife, chatting with James, Doug and yourself.

It's great to hear your story. Maybe post an update on the progress of your 555PS-DR and a photo when you can.

All the best, Gavin.

Permalink Reply by Dave Burke on June 25, 2012 at 21:52
Yes Gavin, it was me. The DR 555 is settling in nicely, at first it seemed to upset the balance a bit, but after a week I have nothing but positive feedback. It's really taken the DAC to a new level of performance.

I'll take a new system pic when I get a chance and post it here.

They say a picture is worth a thousand words, so here's my system fully spruced up after a complete rebuild earlier today. It really makes a difference cleaning all the contacts by inserting a few times, flexing the burndys and dressing the cables as well as possible. I also added a couple of ferrite clamps to the DC1 as I have seen recommended. This does seem to have tightened up the sound a bit, as well as lowered the noise floor. Worth trying for a fiver from Maplins! 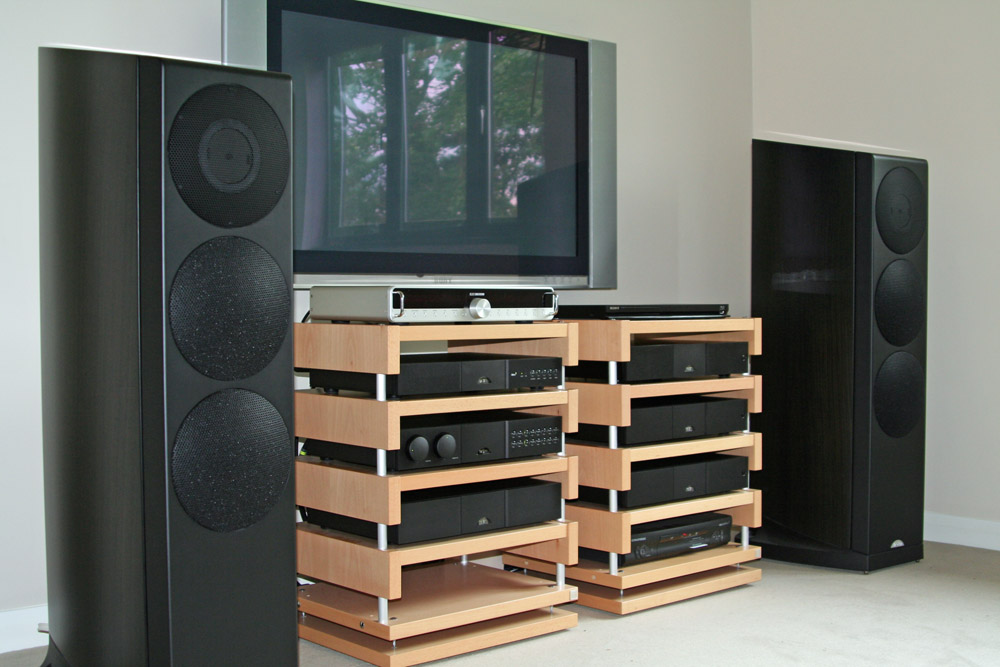 Dave, your system looks stunning. For me, with the Ovator, naim have created one of the best looking speaker designs on the market and your photo captures them perfectly.

Looks stunning Dave, don't do this too often though or we'll be out of a job!

I agree Gavin, the Ovator has a simple elegance and my how amazing can they sound??

We were at a client's yesterday installing Fraim on a CDS3/555ps/552/300/Ovator 400 system and when we'd finished it was simply unbelievable.

A little after 1.30pm this afternoon there was a knock on the door and the familiar face of James standing outside with a rather heavy box in his arms. My NDS had arrived!

After a spot of lunch (the usual selection of healthy options...) we set about unboxing the NDS and swapping out the DAC. Burndy's massaged, network cables in place, HiLine hanging loose and the moment of truth was upon us. Powered up, rebooted router, and grabbed the iPad to launch nStream. Everything worked like a dream, the NDS was discovered, selected Asset as the media server and the search tree was displayed, a few seconds later the first tune was playing... Who says streaming is hard!

The stone cold NDS took an hour to begin to show its true colours, but form the start the added bass control and depth was apparent. The upper end took a while to settle down, but by the time James left at about 4.30pm two middle aged men had been overcome by emotion and almost turned to tears by the wonderful music that was filling my listening room.

I left the system playing while I popped out to collect my daughter from her Mum's, and have just settled down in from of my system again. It's an order of magnitude better. The NDS really is a big step up from the DAC is so many ways. There seems to be about an octave more bass extension, but it's fast and well controlled. Further up there's great clarity, with subtle musical clues being clearly articulated and a great sense of space and air. Imaging is rock solid.

I spent the first hour flicking around - ooh, I wonder what this sounds like, but I've now settled down with a spot of hi-def Alison Krauss.

Back to the music...

Permalink Reply by Gavin Wilson on October 5, 2012 at 22:27
Congratulations on the new purchase Dave. When I got home from work tonight after a tough old week, I thought about you getting your new NDS and how you might be getting on.

I also found the set up process with Asset to be an absolute doddle.

I swapped from dac/555ps to NDS/555psDR in one fell swoop, so I can't say what part each component brought. So it's interesting to read your experience.

I found the run-in to be very volatile - getting much worse during the first week, then slowing improving over the next two or three weeks, but that may have been the ps rather than the NDS.

I think the NDS will turn out to be a classic naim component. Have fun - but don't forget to go to bed!

Permalink Reply by Tom Tom Audio on October 6, 2012 at 20:27
Now Dave you promised not to tell anyone I was blubbing on your sofa...

Thanks for lunch as ever mate, you're honestly one of favourite chefs.

As Gavin says in his feedback to his NDS and we found yesterday at yours, and as with the other NDS installs I've done, this really is a 'magic Key' product that just seems to complete the circle and unlock so much performance from a system.The NDS is truly the Naim streamer that so many of our clients have been waiting for.


...I'm about to listen to mine, now where's that box of hankies

Permalink Reply by Dave Burke on October 6, 2012 at 20:54
I've been out all day, but left the NDS playing quietly to continue the warm up and burn in process and have just settled down again for some serious listening. It's hard to describe, other than to say that someone's stolen my Hi Fi and only left the music behind...!

Permalink Reply by Tom Tom Audio on October 6, 2012 at 21:04
Beautifully put Dave. Keep us updated on its journey.