Great things are afoot in Southend. Rega, for it is their patch, are growing in scale and technological advancement as I found when I visited recently. With the workforce up to 140 and a new healthy food canteen to keep them fuelled the company is doing remarkably well. When I last visited five years back the new mezzanine floor was only a quarter filled, now it’s full with cartridge, tonearm, turntable and electronics production teams. On the day of the visit the new Io integrated amp was in pre-production, Kai Gandy and Ashton Wagner supervising the building team and working out how to do things as efficiently as possible. When you make an amplifier with a phono stage for less than £400 in the UK you have to work smart. This is how Rega has managed to produce the £250 P1 turntable which they can build in two minutes. 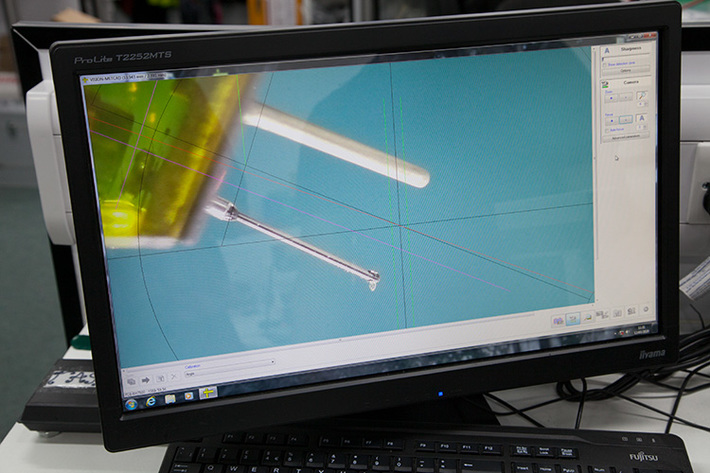 In the cartridge department they have a different challenge with the new Aphelion 2 moving coil, this is hand built by people who have both the patience and skill to wind coils onto a tiny iron cross (top), tensioning the fine wire with a finger on a foam pad and feeding it onto each arm without snagging on the rotating cantilever. The Aphelion 2 is very similar to the Aphelion it replaces but has a totally different stylus profile at the end of its boron cantilever. MD Phil Freeman explained that while it’s called a fine line like the tip in an Apheta 3 this profile is unique to Rega. Compared to most styli it’s rotated by 90 degrees and only a fine ridge makes contact with the groove wall. The idea is to pick up the smallest undulations in the groove, the ones that contain the highest frequencies, and if the results I have been getting at home are any indication this makes a significant difference. 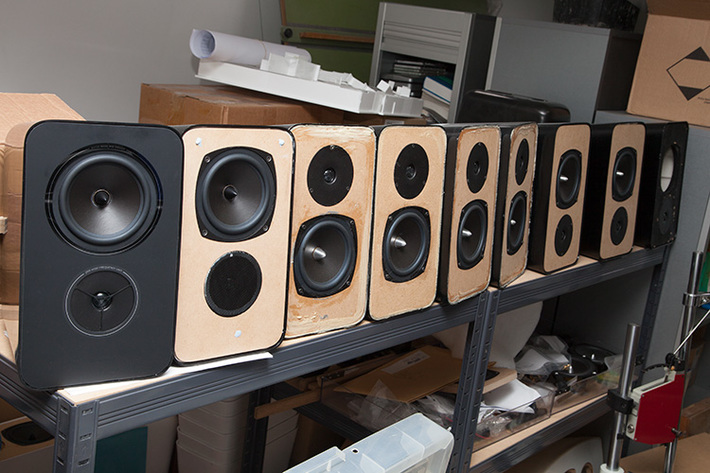 The most radical product that Rega introduced at the Bristol show is the Kyte loudspeaker (prototypes shown above), an entry level standmount with a cabinet made from phenolic resin that’s internally braced with ceramic dividers. Kai Gandy (son of Roy, below) is currently working on the moulding of the cabinet, getting the finish up to the requisite standard. Down in the speaker assembly area they have drivers awaiting installation so as soon as the boxes are ready Rega can gear up for production. It will be fascinating to see how these materials work out for a speaker cabinet, if they do what they did for Rega’s turntables (in the armbase to bearing braces) it could be very exciting. 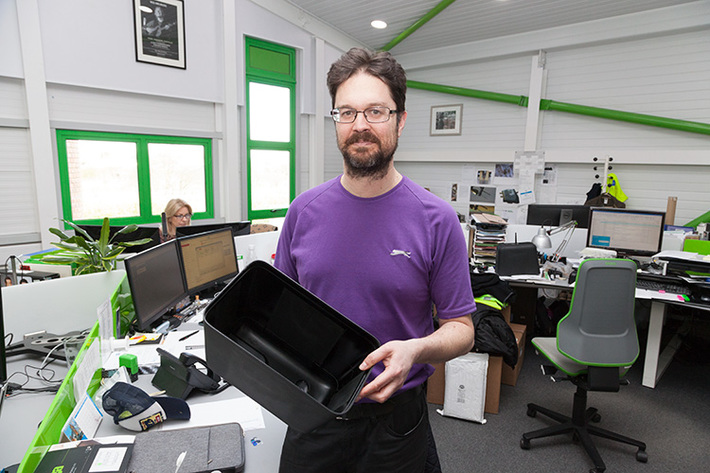 Making the Naiad turntable is also a fine art but unlike other Rega products this design was never intended for mass production, it was a concept model for developing ideas and technologies that could be put into the regular turntables. According to MD Phil Freeman (above) the Naiad was never intended to be sold but as soon as people saw it they wanted it, so now a small team of craftsman build each Naiad up piece by piece, fettling and finessing as they go. Phil is a part of that team, which might explain why they take so long to make, an MD probably has a few more pressing jobs to deal with after all. In the lair that is R&D he showed me how the braces for the headshell have to be handcut and finished, and that’s only one small part of the job. It will be interesting to see which element of Naiad makes it into the next high end turntable to go into production, will it be the mu metal casing on the motor or the metal spike feet? Only time will tell.