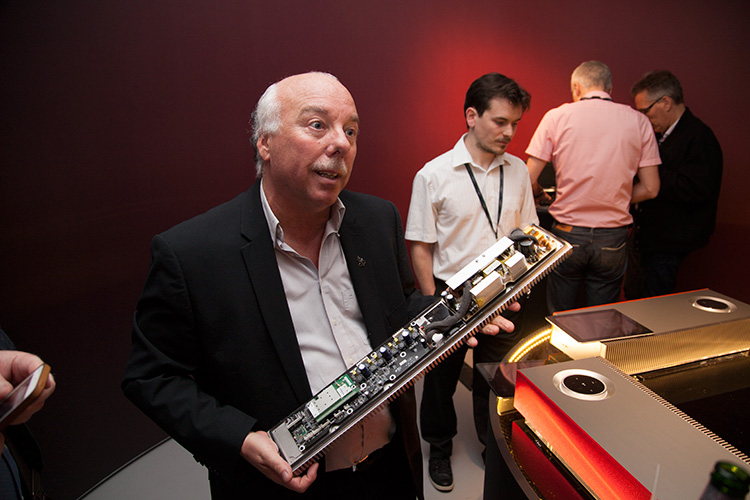 Naim chose the Vinyl Factory in café cultured Soho to launch their first foray into real-world audio. This ensured a good turnout of mainstream press alongside dealers and even a few forum members, spreading the word as wide as possible is where this product is at. Muso is a Bluetooth, Airplay, USB and Ethernet connectable slab incorporating stereo speakers and amplifiers. It’s their first 'lifestyle' product but the most controversial feature is the absence of a black on its exterior, the first time Naim has launched a product that not only has silver metalwork but also a coloured grille, three colours being available. Clearly Muso is not being made just for the traditional Naim customer in the first instance, this is the company’s strongest move into the mainstream ever, and a bold move to say the least.

Designed to stream from Apple and Android devices Muso supports Bluetooth’s superior aptX mode and has a USB input for sticks or iPods, of greater interest is the ability to stream from a connected NAS drive with dedicated Muso app. It’s capable of 24/192 hi res PCM although how much justice the naturally compact speaker system can do to it remains to be seen. 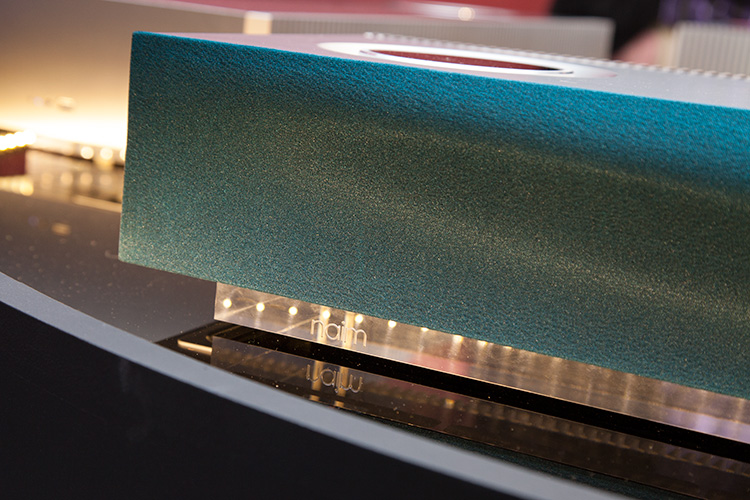 The vinyl factory is essentially a posh basement (probably was a car park not so long ago) which made it less than ideal for demonstrating audio equipment, add in a DJ to the mix and any chance of establishing its potential was lost, but a few of the eight samples on display were playing. Muso has a touch panel control very much like that on the Statement NAC S1 preamplifier but not apparently as sophisticated, it is nonetheless a patent pending design that offers input, preset and volume selection. The amplification turns out to be class D, another first, and there are six modules used in active mode. Six 75 watt amps at that, giving Muso more power than all but Statement in the Naim range. However, when you get down to the nitty gritty that spec is for six Ohms and 1% distortion, not a figure you will find elsewhere in the Naim range.

At 628mm wide Muso seems quite large for a mass market product but apparently the designer Simon Matthews (Naim’s group design principle and the man behind the look of Statement) wanted a longer lozenge. Apparently the desire to have Muso in Apple stores scuppered this because those outlets have a maximum box width allowance. Designer in foistered by ultimate design brand shocker! 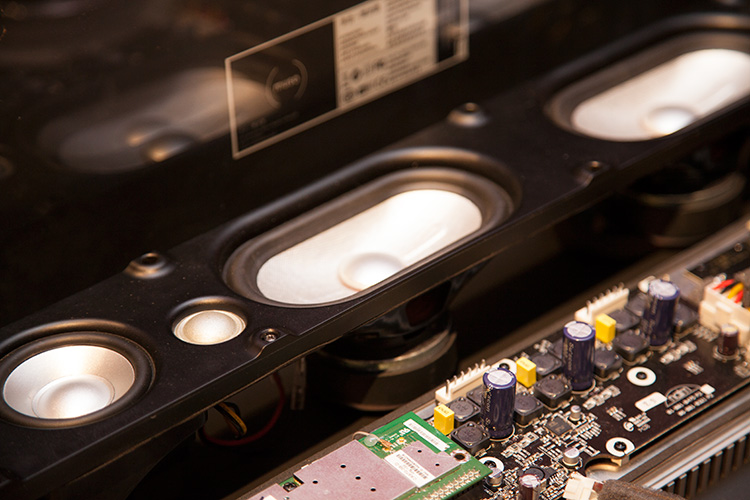 The cabinet is MDF laminated with an aluminium skin and the entire back section is a solid aluminium heatsink, this combined with six stereo drive units makes it a solid 13kg lump. The drivers combine silk dome tweeters with 2.5 inch midrange cones and racetrack style bass drivers, albeit very wee ones.

All in all Muso is a remarkably well specified and elegant looking piece of kit for the £895 asking price, and an exciting move to bring Naim to a much wider audience. 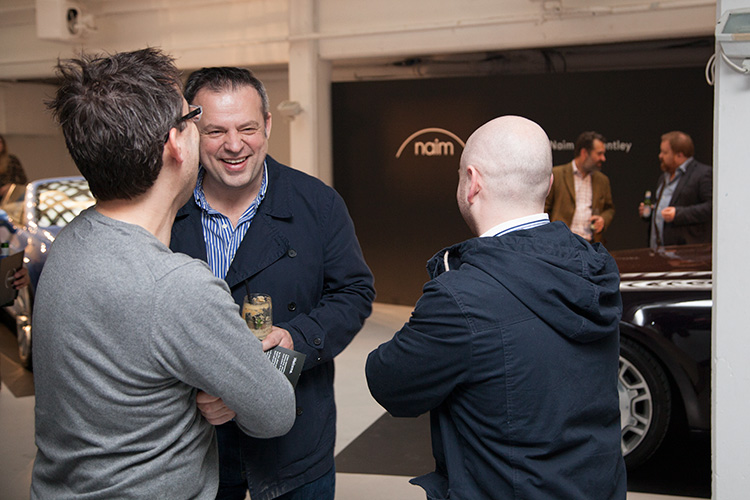 Comment by Dave Burke on April 25, 2014 at 21:55
It certainly look like a great bit if kit. Once I relocate the main system downstairs to the new listening room I need something to fill the gap upstairs as an amp and speakers for the TV. This may well fit the bill.

Once again Naim manages to develop something great that hopefully will introduce a new breed of musical enthusiasts to the fold.

Well done to all the folks in Salisbury.

Dave,
Dave,
I agree with your comments and I am thinking along similar lines....if an NDS replaces the HDX then the latter could move upstairs to the study and would sit quite nicely next to the Muso. Hope your room upgrades are coming along nicely and all will be done by the time the Muso launches in September!
Scott.