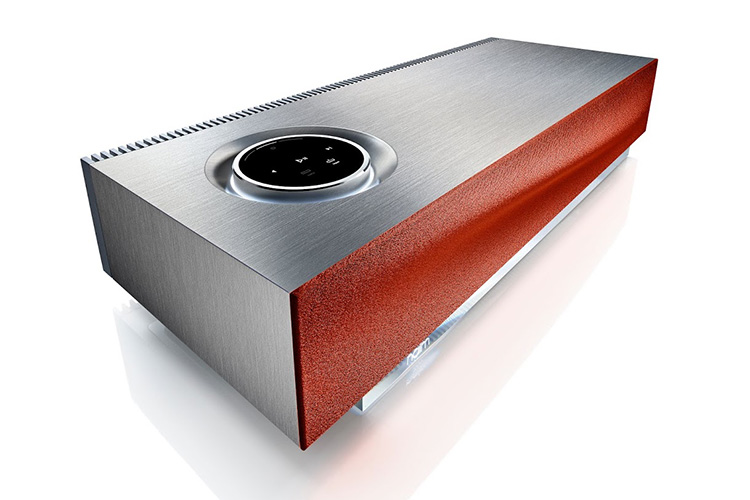 As Tom Tom Club members will appreciate mu-so is not A N other Naim product, it doesn’t follow the purist, separates in black boxes path that has been the norm since the seventies. Mu-so is a whole other box of tricks, a box of many tricks in fact, most of which hadn’t even been dreamt of in Julian Vereker’s day.

The Naim mu-so is a wireless music system, a receiver for Bluetooth and Airplay signals sent by smartphones and tablets, a network streamer with wired or wireless connection and an internet radio. And that’s just the front end, it is also on paper at least the most powerful amplifier that Naim has in production (at least until Statement comes online) and it has six drive units on the front of its reflex ported cabinet.

Mu-so was created to broaden the brand’s appeal beyond the likes of hardcore music lovers like us, but that doesn’t mean it hasn’t got something to offer to those who know an RCA from a DIN plug. It’s for all those places in the home where you would like good sound but don’t have the space, and some of those where stacks of black boxes are not considered desirable. I spent some time with one of the first mu-so units and was pleasantly surprised at how engaging and entertaining a one box system can be. 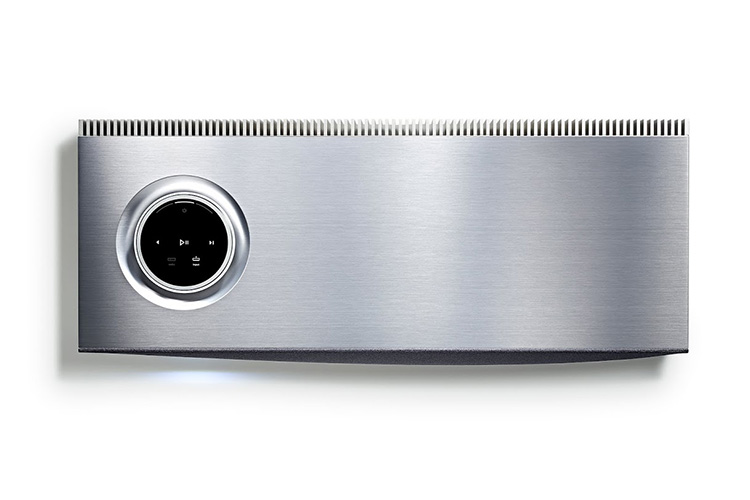 Set-up proved very straightforward, Bluetooth connection is just a matter of pairing, Airplay requires a little more effort via the settings of an iPad or iPhone but is hardly a challenge. Getting the mu-so onto the network was also a cinch with the new Naim app, a piece of software that has replaced n-Stream on my iPad and adds a few new features for existing users. There is also a placement set-up option that’s designed to tailor bass output to different locations, you choose between less or more than 25cm to the wall and get more bass output in the ‘more than’ setting. Another option is loudness, something I am so averse to that I didn't touch it.

Using mu-so on a wireless network it delivered surprising low end solidity and, as one would hope, excellent timing. I did a bit of placement experimentation and found the away from the wall setting made the bass a bit bombastic, the close to wall option delivering a more relaxed and natural balance that seemed more revealing. It became apparent just how transparent this system is when some quietly spoken words on a track were made clear for almost the first time. mu-so is an active system with amplifiers tailored for, and directly connected to each drive unit, always the best way to control a loudspeaker, even it seems at real world prices. 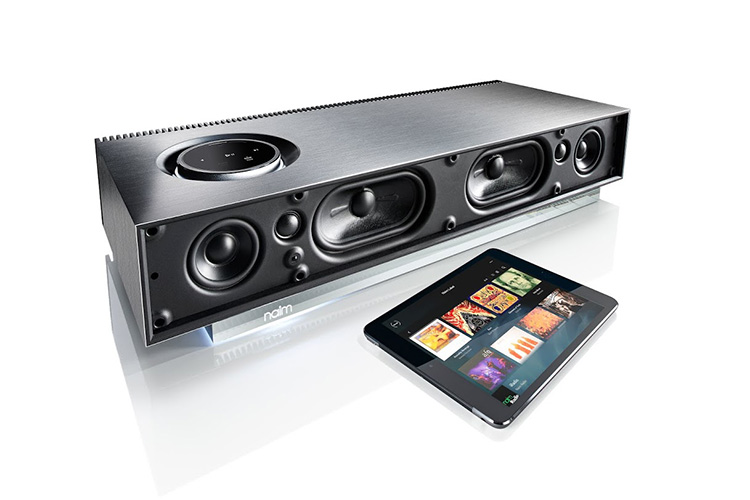 This transparency makes it obvious what the limitations of the source and means of transmission are, so Wi-Fi is a lot more refined, spacious and better timed than Airplay and a wired network connection sounds considerably better than Wi-Fi. Here the timing improved and complex pieces started to make more sense. Naim have not compromised on sound quality in order to make 128kbps Bluetooth sound good, they have built a revealing system that tells you when the source has improved. Lower quality streams are quite tolerable, probably a lot more than tolerable if you are used to this sort of thing, but if you can get an Ethernet cable to the unit you will be guaranteed maximum 24/192 resolution and get a better overall sound with all formats.

The mu-so would seem to be a bargain to me, it’s hard to see how Naim can be making much money on it given the quality of build and sound on offer. Did I mention the stainless steel wrap and the 13 kilo weight? Look at similar offerings for a bit less money and they are plasticky, lightweight devices that wouldn’t know what timing is if you stuck a metronome on top. mu-so is in a class of its own in being the most engaging and best executed option on the market today.