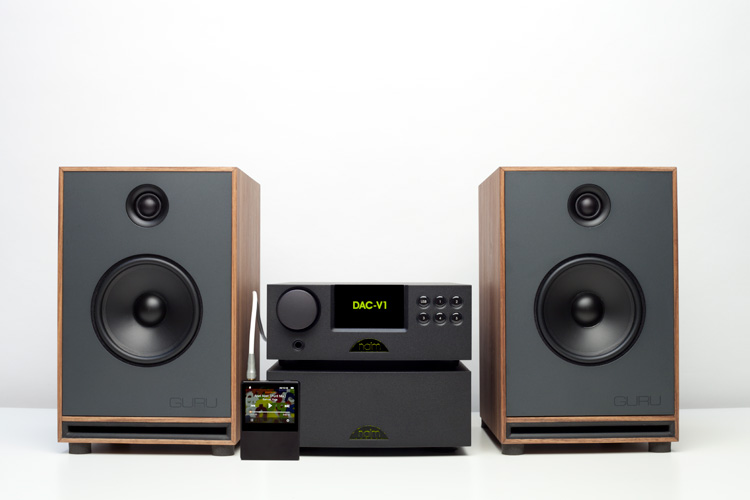 Naim’s DAC-V1 is something of a game changer for the brand because it’s the first product from Salisbury that can be used to harness the audio potential of a computer. Naim is of the opinion, and I have to agree with them, that network streaming is the best way to play music files but with the DAC-V1 it has at least accepted that there are people who want to do things differently. When you play music files from a computer, controlling what and how you play lies largely with the computer rather than the audio components,  in this case a digital to analogue converter or DAC. It’s quite straightforward to set up remote control for a computer is doing, in fact you can run a ‘headless’ system whereby a computer without a screen or keyboard is entirely controlled by a tablet. So at the end of the day the user experience of computer and network systems need not be so different and this is one reason why computer audio with its low entry price has grown in popularity so rapidly. That and the fact that you can get surprisingly good sound quality via this route.

The key addition that Naim made to the DAC-V1 is a USB input, a USB B socket that can be connected directly to the USB A connection on a laptop or desktop computer. With some decent software on your PC or Mac this opens up the possibility of serious audio entertainment. The DAC-V1 is more than this however, it’s also a digital preamp with multiple SPDIF (coax and optical) inputs and DIN or RCA phono output sockets. I used it with both my Apple Macbook laptop and something rather more portable and stylish, the Astell & Kern AK100 is a 21st century Sony Walkman Pro or in more contemporary terms, a high def iPod. Essentially a portable that can play 24/192 files via optical digital or analogue (minijack) output and which has two SD card slots to increase its 32GB internal memory to a maximum of 160GB. It has a touch screen, proper volume knob and can play all the serious music formats (FLAC, WAV, AIFF) and most of the compressed ones too. 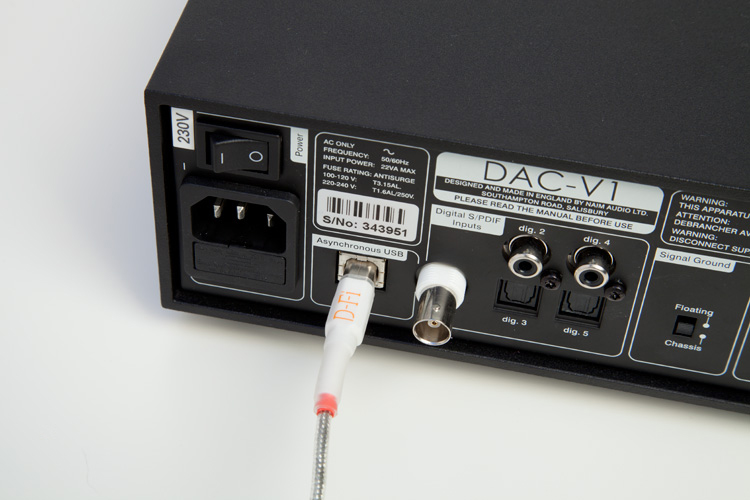 The drive in this system comes from Naim’s latest and cutest power amp the NAP 100. This half width design has a 60 watt output and connections to match the DAC-V1 plus the all important SNAIC interconnect. Naim has been promoting it with the DAC-V1 because the two form an entry level pre/power combo for the digital music user, they also look great together. The speakers chosen for this combo are Guru’s new Junior, a great looking two-way that puts many of the ingredients from the QM10 two into a less costly box to deliver excellent value and top notch entertainment.

I listened to it in a rather more conventional set-up with equipment and speaker supports so that it gave of its best but it could be the ultimate barbeque sound system. I also used the foam feet that come with the Junior speakers but this time tried Blu-tack first, the improvement wrought by the foam feet was significant enough to say that I will be trying them with all manner of stand mounts in future. With the AK100 connected to the DAC-V1 digitally the sound is open, dynamic and well defined with plenty of low end power. Playing a variety of standard CD rips and high res files I discovered that the DAC’s optical input will only accept sample rates up to 96kHz, so if you have a lot of 192k material in your collection an alternative source would be better, but as there’s not much of that in the general scheme of things it’s not disastrous. Especially when you can get such impressive results from a portable, and there is an alternative of course which is to bypass the DAC-V1 and connect the AK100 directly to the NAP 100 with a Vertere Dfi analogue cable. This means using the DAC in the player which is clearly one of its strong points if not in the same league as the Naim converter. You lose quite a bit of the dynamics down this route but retain a decent sense of timing and excellent low level detail for a portable. An iPod Touch sounds distinctly flat and dull by comparison. 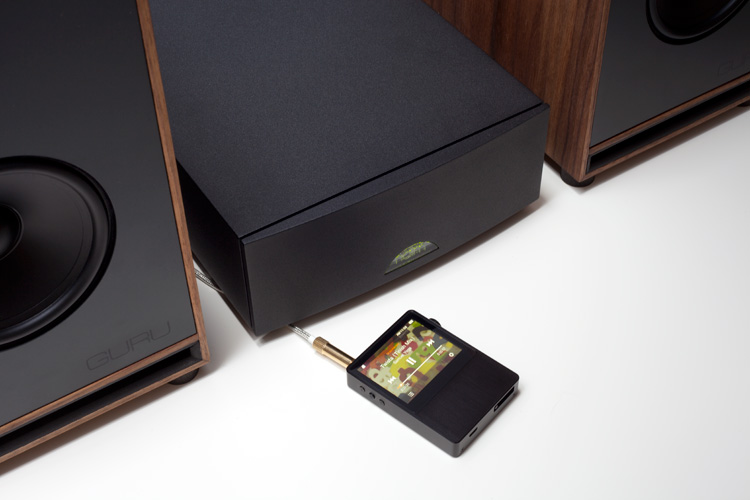 The alternative is to connect your computer to the DAC-V1 via USB cable, preferably Vertere Dfi USB cable which seems to have an advantage over the majority of affordable alternatives. It’s made by Roksan Xerxes and TMS designer Touraj Moghaddam and retains much of the flavour of those turntables, by which I mean it has a superb sense of pace and can bring almost any digital source to life. With the Macbook running Decibel music playing software the sound from this system climbs several rungs up the sound quality ladder. Low end grip is very pleasing indeed and dynamics are up there knocking at the network streamer door. I particularly enjoyed a recent Naim Label release by the Kairos 4tet, a young piano led band that have a visceral energy that’s easy to appreciate and enjoy with this system. Their sound is produced in full scale with a sense of transparency that is rare, you can really feel the music in the room which is a whole lot of fun. What is particularly good about the DAC-V1’s USB input is the amount of drive and power it can extract from a well sorted computer, usually you get plenty of fine detail and image scale from the Macbook but dedicated audio sources produce more grip. This is not the case here because the USB competes head with even the BNC coax connection.

The DAC-V1, NAP 100 and Guru Junior core of this system combines everything you want from a good system, it times well, has remarkably decent bandwidth for the speaker size and is extremely engaging. It is also surprisingly powerful, even in a larger than average room there is more than enough welly to get the place jumping. I got great results with all the sources I tried and have to say that the AK100 is so nice that it’s very easy to forgive it’s shortcomings compared to less portable sources. The Vertere interconnects are also an important ingredient, they bring a vivacity to the party that few others do and without breaking the bank. Whether you use it on the move or in one place this system proves that small is beautiful even when it comes to audio.