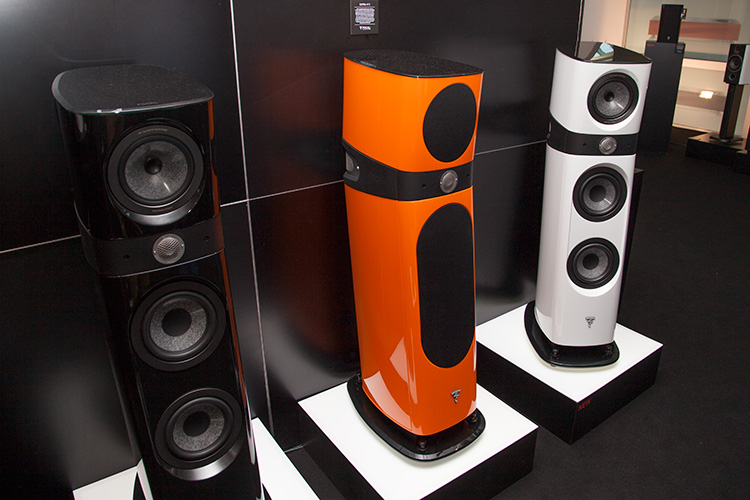 There was quite a large price and performance gap between Focal’s Electra Be and Utopia ranges, but not anymore, at the Munich High End show they unveiled Sopra, Italian for ‘above’. Sopra consists of a bookshelf No.1 and the No.2 floorstanding models, both built around the same core design. The cone drivers remain Focal’s W sandwich type but their motors systems (magnets) have been refined with Faraday rings that are designed to enhance control. The midrange has a new suspension profile that is said to “drastically reduce distortion”, and given that the termination of energy coming off of a cone is largely handled by the surround, it’s likely that improvements to it will have a significant effect.

The tweeter is a Beryllium type as per Utopia but unlike the Electra Be models this driver has a horn shaped exponential vent behind it. This is designed to progressively damp the rear output of the tweeter and allow it maximum freedom of movement, that mesh you may be able to see behind the black wedge that houses the tweeter is the opening for the vent. Focal’s ever urbane Gerard Chretien explained that they were looking to get a big sound from a small box with maximum bass control, he didn’t say a great deal about the colours but I for one am rather taken with the orange. And it’s a lovely finish. By the way the reflex port on Sopra No.2 is in the bottom, which is raised above a glass plinth for style and ease of placement. 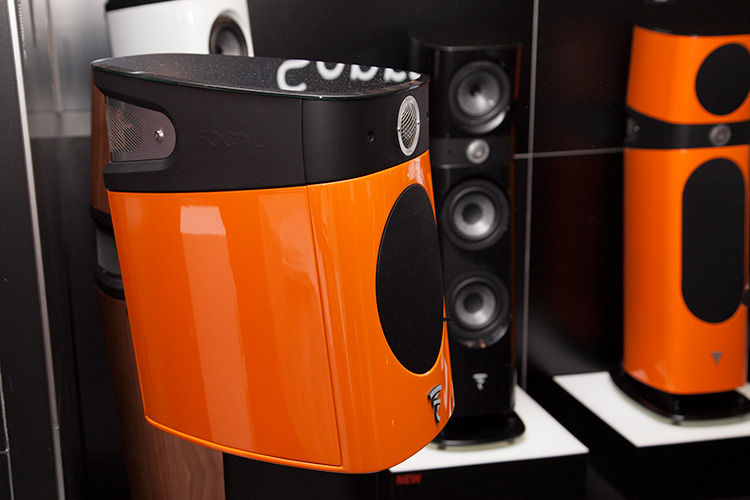 I'm with you on the orange finish Jason, just stunning. Question is what colour do we order our demo models in?

One of each, then you've got a decent pair of speakers at home that also look swank