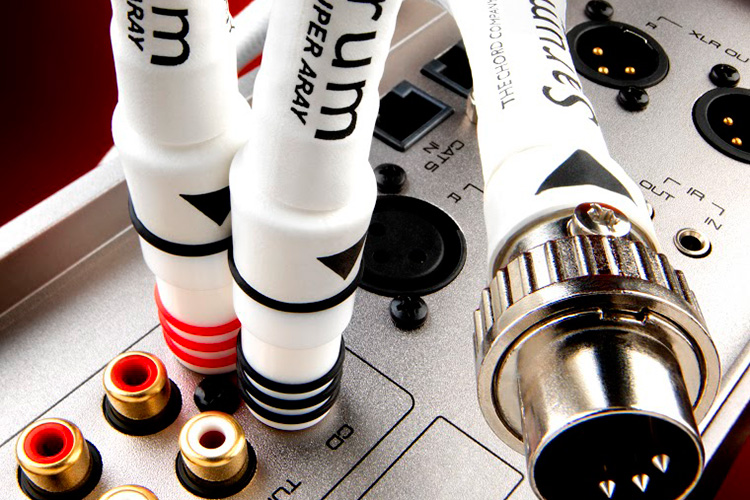 At the Bristol show earlier this year I got an idea of what Nigel Finn at the Chord Company had been up to with the new Sarum Super ARAY cables, it was enough to lure me to Amesbury to hear more precisely what he has been up to. Sarum Super ARAY replaces Sarum Tuned ARAY at the top of Chord’s current cable range, it is an evolution of its predecessor and looks similar at a glance. But take another look and you’ll see that the RCA plugs now have white PTFE rather than coloured polycarbonate plugs. Because it’s difficult to print on PTFE they use coloured ‘O’ rings to denote channels. That is pretty well the only obvious difference between new and old Sarum ARAY cables, most of the changes are proprietary and hidden beneath the white sheath. But Nigel does say that Tuned ARAY dealt with earthing issues while Super ARAY applies the lessons learned to the signal side of thing.

We started by comparing Tuned to Super ARAY on a digital cable between a Sony CD transport and Naim DAC, this would normally be described as a coax cable but apparently it’s not coaxial in construction (yet does have a 75 Ohms impedance). The result was an increase in space and a lowering of the noise floor, which combined had a pretty substantial and positive effect. The quiet end of the spectrum is where the fine detail comes from, the quieter a system the more you hear. The musical result is greater tangibility, the musicians seem like they are in the room and it’s difficult to imagine going back to what previously seemed spectacular in Tuned ARAY. Going from Tuned to Super ARAY with analogue interconnect from DAC to preamplifier provided an even greater opening up of the soundstage with greater height and more focus on the voices on a CSN song called Cathedral. In fact it provided a big step up in terms of coherence, detail resolution and realism. The definition is extraordinary and the music is so involving that you can’t help but get carried away with it.

But before I got too carried away Nigel pulled out the forthcoming jewel in Chord Co’s crown, the Music interconnect; terrible name extraordinary cable. This uses a mil spec dielectric material that Chord has called Taylon, it’s supposedly incredibly expensive and technically superior to PTFE, thought by most to be the ultimate. Taylon is the only physical difference between Sarum Super ARAY and Music, which hardly prepares you for the upgrade from what is already a class leading cable. Essentially it comes down to a further reduction in noise, noise that you cannot detect as such until it’s taken away. The good and bad thing about audio reproduction is that most noise and distortion is not heard as such unless you listen to purist recordings on massively transparent systems. Normally it blends in with the music, but take it away and the quality of the playing and singing takes on new depths. Music the cable is the most precise, refined and revealing interconnect I have heard in nearly 30 years of reviewing. I hate to use the phrase but it really is a game changer, you really won’t believe how good Yours Is No Disgrace by Yes can sound until you’ve heard it on Music. And that applies to pretty much any other piece of music you can think of. Prepare new holes for the goal posts, Music will change your perception of what counts most in the audio chain. 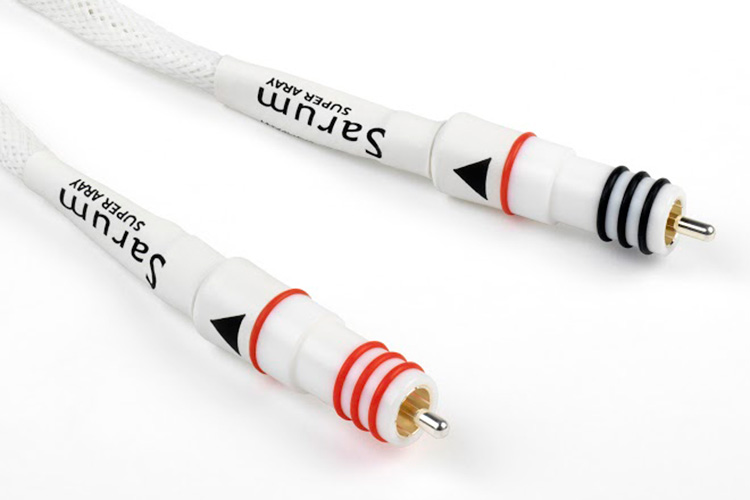