Bristol, so much to answer for. Not Morrisey’s exact line of course but he clearly wasn’t in the audio industry, if he were he’d know that this city is the only place to be for hi-fi enthusiasts on the third weekend of February. 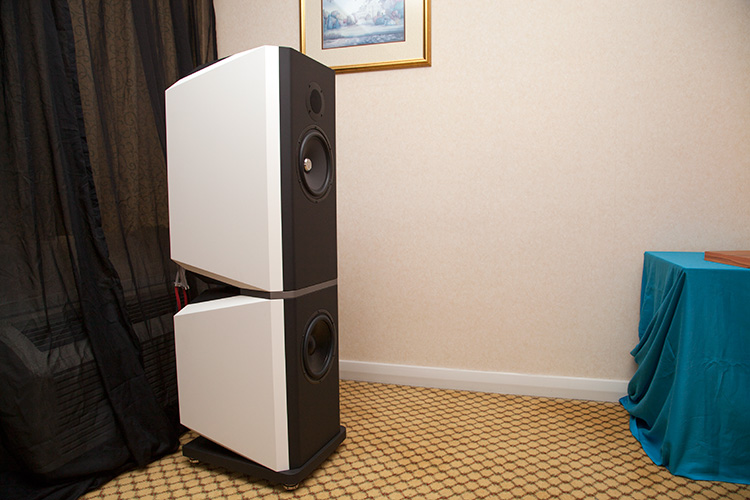 Derek Gilligan of Kudos fame has completely revised his Titan range topper, which looked stunning in the (fabulous) colour scheme of the pre-production sample he was demonstrating. Titan 808 (below) has a cabinet made by Hutter, the Austrian rack company, who have used their room acoustics know-how to damp and fashion the stealthily sculpted boxes in order to deliver lower distortion and greater resolution. Derek has also been working with engineers from Linn to incorporate that company’s Exakt active system. The 808 can be run active or passive in the normal sense or with Linn’s DSP crossover and driver alignment technology. Derek is not the very first company outside of Glasgow to do this but he’s the first to do it with Linn’s input, the result with all Naim electronics was very encouraging. 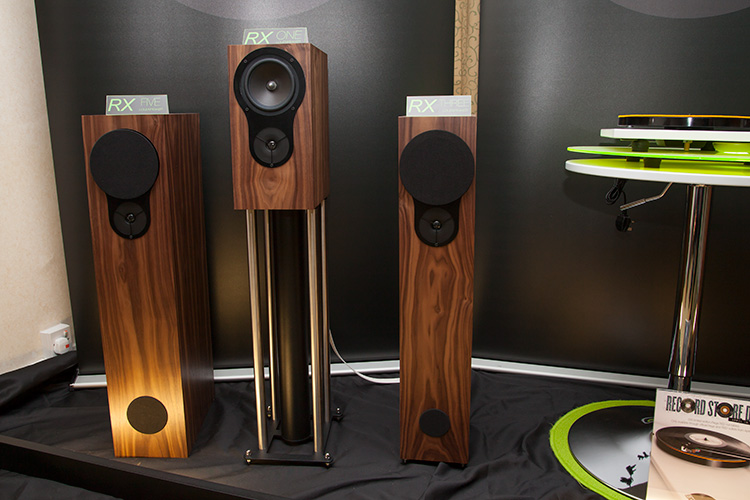 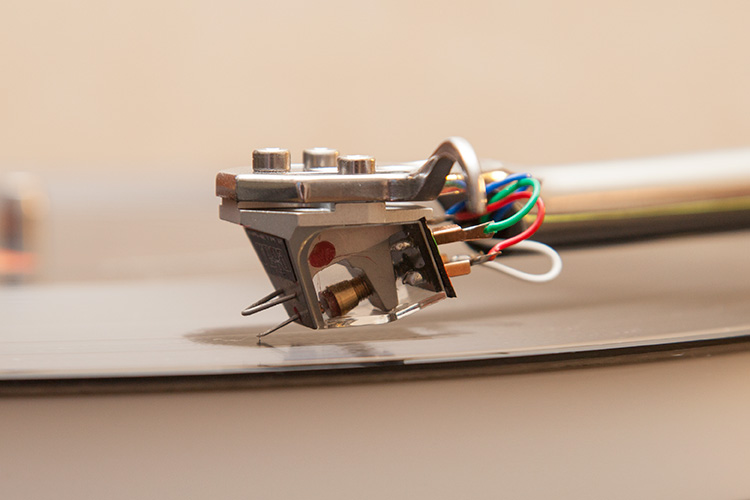 Rega took the opportunity to unveil a completely new speaker range at Bristol. The RS range has been replaced by three RX models (above) that have all new cabinets, these are thicker than their predecessors and therefor stiffer and heavier. The RX three and five have side firing bass units plus new mid and treble and drivers, the RX one is a two-way stand mount also with a new cone and dome. The RX series will be available in June. Not satisfied with that there is also a new Apheta 2 moving coil cartridge (above), this is a refinement of the existing Apheta with a lower mass stylus assembly and a much more revealing cover as the image hopefully shows. As an Apheta user myself I’m looking forward to hearing what it can do. 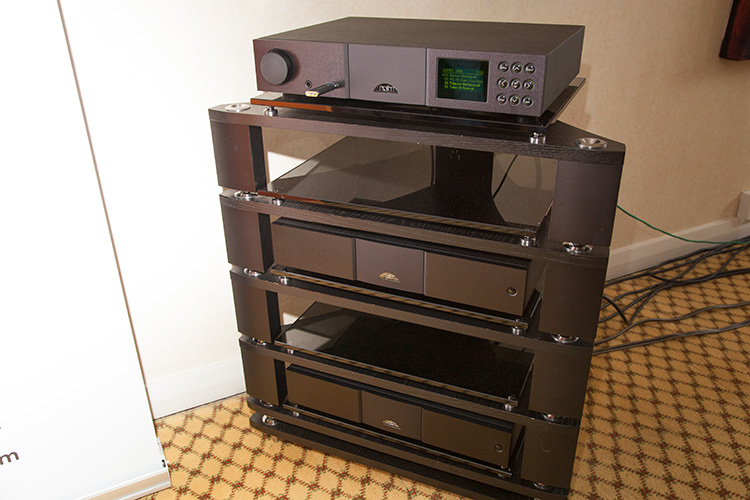 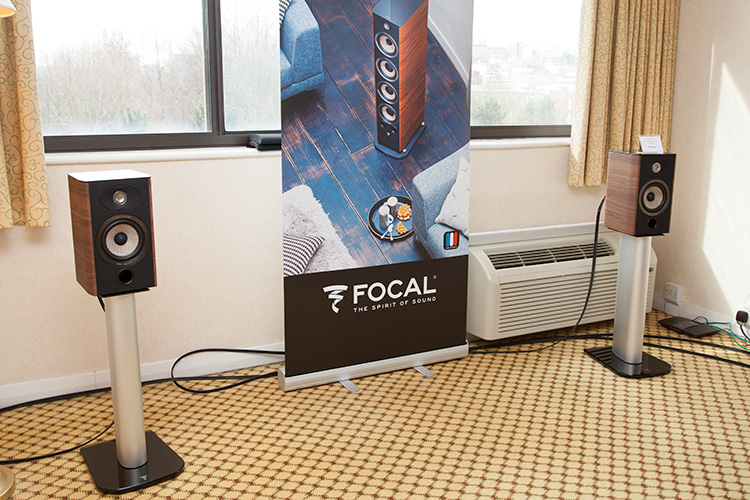 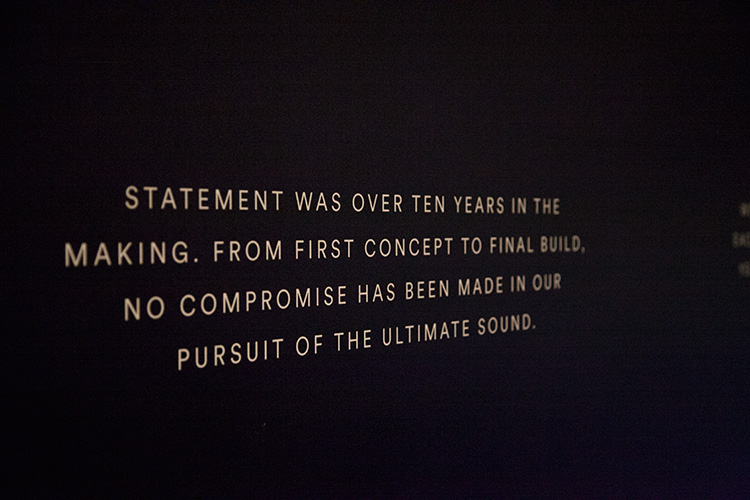 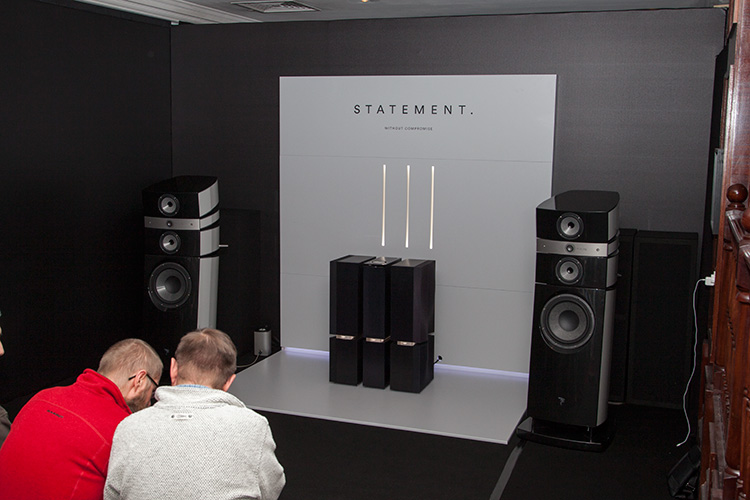 Naim had taken a gaggle of rooms on the third floor where the new NAC-N 272 streaming preamplifier was in use with Focal speakers. This new unit is pretty much all singing and all dancing with the ability to stream virtually every decent format under the sun including DSD64, a first for Naim and apparently a forthcoming upgrade for streamers with the SHARC DSP onboard. My preferred room here was the one with the least expensive speakers, Focal’s Aria 905 stand mounts. Small speakers are generally best in hotel rooms so great ones like these really sang on the end of a serious stack of Naim hardware. Naim also demonstrated its Statement amplifiers with my preferred choice of Focal Utopia models the Stella Utopia EM. This is the penultimate model in the range and a far easier speaker to set up in the challenging environ’s of a hotel than the huge Grande, or so the results would suggest. And the sound this year went a long way to uphold that, as well as the fact of Statement’s extraordinary thrill power. 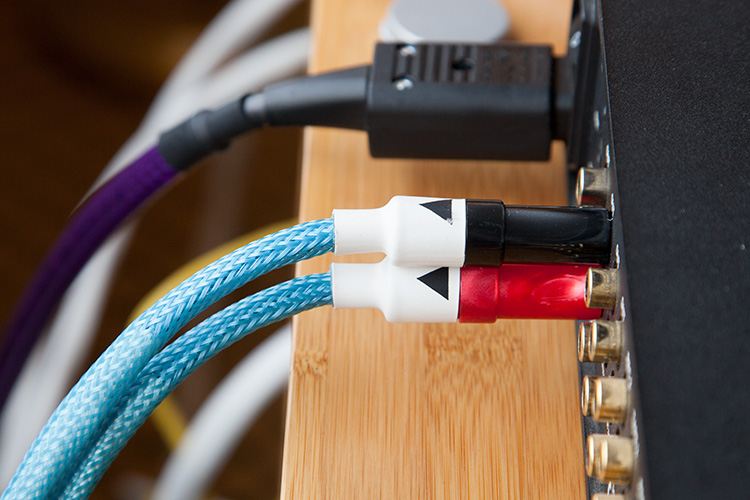 The Chord Company put on a rather impressive demonstration of its new power cables for which they have developed their own 13A plug that has silver plated contacts and internal damping. There are two new power cables, Signature ARAY and Super ARAY, the latter proving to be clearly superior to Sarum Tuned ARAY with Furutech connectors. There are also new streaming (Ethernet) cables called Signature ARAY and Super ARAY. Apparently owners of Tuned ARAY and Sarum cables can have them upgraded to Super status, Super ARAY replaces Tuned ARAY in the Chord Co pantheon. But what got Nigel at Chord most excited is a new dielectric that he has found in the well funded world of military technology. Taylon is a form of PTFE that does not exhibit the phase issues found in the regular stuff at room temperatures, as a result it does not require running in. It is also eye wateringly expensive, the first product to use it is the Chord Music interconnect which comes in at £3,800. If they hadn’t demonstrated the upgrade it offers over Sarum Tuned ARAY I would have thought they were having a laugh, but it is bloody good indeed and I want some. 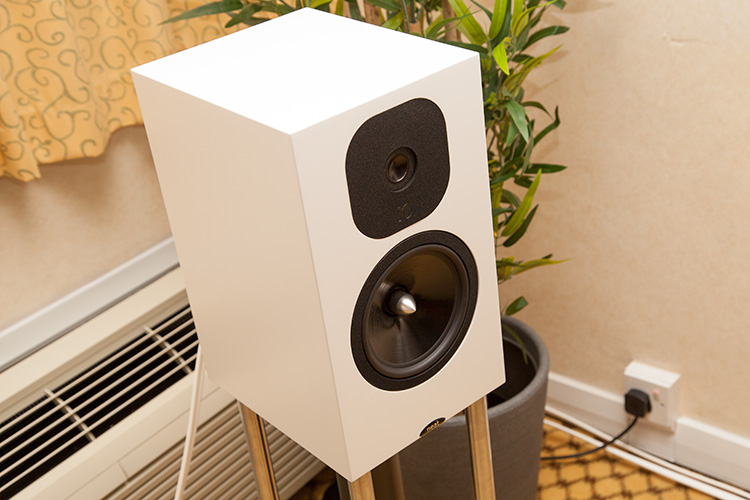 Bob Surgeoner of Neat Acoustics was giving his Momentum SX3i stand mounts their UK debut at Bristol. This unassuming looking design conceals isobaric loading, that is a second mid/bass within the box and behind the main driver. He says it’s a stripped down version of the Momentum XLS, his ‘biggest’ bookshelf design which has a different tweeter and two super tweeters. 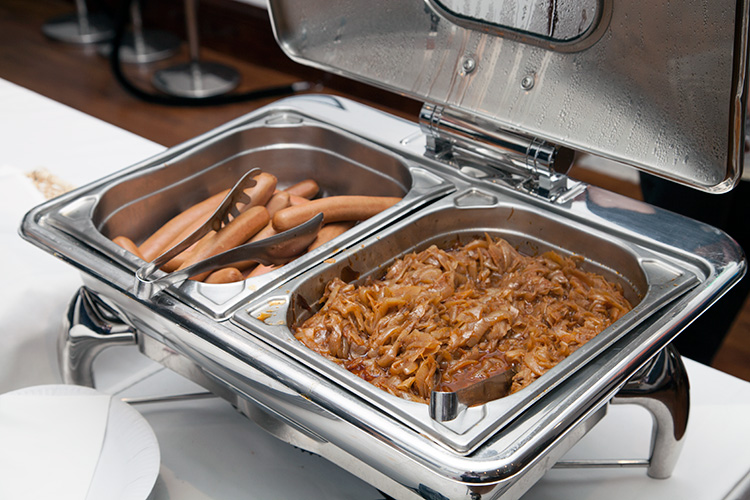 Apparently it wouldn’t be Bristol without the hot dogs so I went to shoot audio enthusiasts tucking into said comestibles only to find the counter very quiet, but the charming assistant kindly opened the silverware so I could take this shot. The visitors were either not hungry or taking advantage of a pie stand that had appeared on the veranda, whatever next!

Thanks Jason, it certainly looks like  everyone's been busy..except the hot dog vendors.

I spotted this wonderful comment on the Naim forum about how a room should be run at a hi fi show:-

"At my first Bristol show sometime in the last century (I had just bought a Nait 3) ], Julian Vereker presided over the Naim room with a broad grin on his face. I thought he might offer me a spliff but he didn't. The music was a small jazz combo played through SBLs and I forget what else, But boy did it swing. The Naim room was the best in the show. It was a great party. Julian even told someone to stop asking boring questions and enjoy the music."